Published writer, jazz musician, investor and bon vivant, David combines a broad education in the classics, and experience in business and the arts to bring you in-depth essays that focus on political economy.

While driving to Sonoma. Christiane at the wheel, me in the passenger seat reading The Economist, I stumbled upon a Letter to the Editor. My first reaction: That’s something I would have said. Wow, I’m not alone in the world. When I finished the Letter and looked to see who wrote it, imagine the shock: David Parker, San Francisco. Dashing off letters to the editor at 4 in the morning—one forgets.

Sir-The reason why the Austrian explanation is so little discussed is because the Austrian response to the crisis is simply to wait it out. There is nothing to discuss. The Austrian school agrees with Jean-Baptiste Say, a French economist in the early 19th century, that all recessions are the result of an overexpansion of credit. The implication is that a contraction will follow.

Then in the mid-19th century, in “Lombard Street”, Walter Bagehot wrote that if that contraction turns into a crisis, forget about economic theory, just bail out the banks. There is nothing to discuss.

Sir– Buttonwood asked “Why is the Austrian explanation of the crisis so little discussed?” (“Taking von Mises to pieces”. November, 20th).

The short answer is that the “Austrian school of economic ideas has not been taught for a long time in any university department; hense the response of the economic establishment that the current crisis could not have been foreseen. Outside this establishment there are some exceptions and one whom Buttonwood did not mention is the estimable Bernard Connolly, who has described the unfolding crisis for over a decade with more accuracy than any other economist on the planet.

Sir-Buttonwood might find the answer to his question in the quote he cited from Fredrich Hayek: “The curious task of economics is to demonstrate to men how little they really know about what they imagine they can design.”

Reverse the downturn by letting the cycle run its course

Sir, Kenneth Rogoff’s rational analysis of the current economic forces at play (“ This slowdown is a hangover not a coma”, October 10) is not what it appears. Rather, it’s a plea for what everyone wants, Keynesian government intervention. “President Barack Obama once proposed creating an infrastructure bank which would employ technocrats to provide objective analysis. It was a very good idea.” But that’s been done: it’s called the New Deal, which turned a recession into a 12-year depression.

There is an alternative: Austrian economics, in which economic cycles are allowed to run their course — the only way to reverse a downturn. In the 1980s Federal Reserve chairman Paul Volcker knocked out inflation by imposing high interest rates; today, knocking out the hangover from the financial crisis requires imposing low economic growth — the only way. 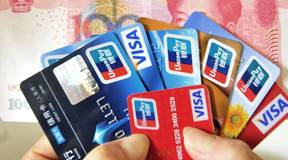 World’s Economic Slowdown is a Hangover not a Coma

Financial Times
What is the right diagnosis of the ailing global economy?  Seven years into…
Read More

Demagogues the answer to what’s on our minds

Sir, Martin Wolf, in “How to defeat right wing populism” (May 25), makes the statement that demagogues do not give answers. They don’t have to. They are the answer to what is on the public’s mind: unpunished crime, failing public schools, unemployment—and no political party is doing anything about it.

Mr. Wolf then makes a comment that a first glance sounds very intelligent—that populist candidates are unaware of the institutions upon which society is based, and the extension to which those institutions are responsible for today’s prosperity. That intelligent statement is not what it seems. It’s really fear of democracy, of letting the masses vote for whomever they choose. 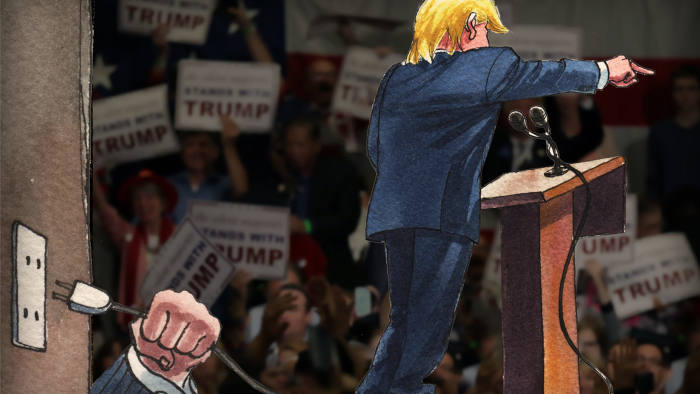 How to defeat Right wing populism by Martin Wolf

Chinese have a single end in view with investment

Sir, In “Chinese investors take a tumble on the global stage” (October 31), James Kynge observes that Chinese investors make as many mistakes, enter into as many stupid ventures as do westerners—and then gives several very good examples. With his foxlike thinking Mr Kynge is insinuating that we in the west can take comfort: “See, they’re no smarter than us.”

Wrong! The Chinese are hedgehogs. They know one big thing: pursue relentlessly western assets in order to one day own enough to control the world’s economy. No other nation has such a goal. 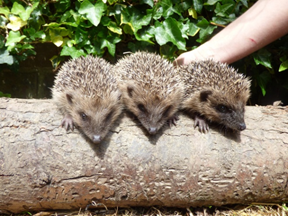 Chinese Investors take a tumble on the global stage

Teach by the Socratic method—keep asking

Sir, Lucy Kellaway, in “End of Term Diary” (December 23), absolutely said the right thing: that teaching is not taking children on a “journey”, teaching is showing children the beauty of a theorem.

It’s the teacher’s job to facilitate and motivate. Show students the beauty of things. And, teach by the Socratic method. Ask a question. If the student doesn’t understand, ask another question. Keep asking. When they understand, they’ve learned. 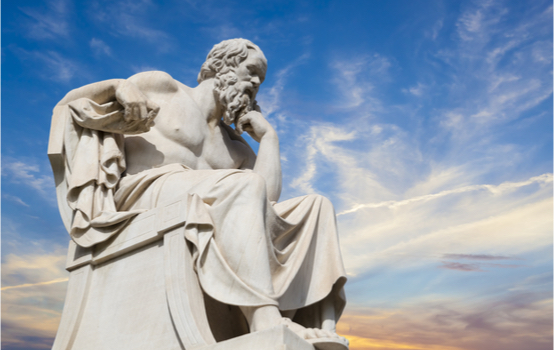 Lucy Kellaway’s end-of-term diary: my first Christmas as a teacher…

Financial Times
Christmas is a time for journeys. There was the one Mary went on with her husband…

Business cycles must run their course

Sir, From the perspective of someone in business, nothing that Martin Wolf says in “Economics failed us before the global crisis” (March 21) rings true—even when it is true.

Mr Wolf advises us not to believe in the efficient market hypothesis and in rational expectations—except that anyone in business knows that rates of return are timeless:  1-2 percent on savings, 2-3 percent on mortgage lending, 3-5 percent on venture capital, and that in a competitive market, that is an efficient market, investors expect profit to be pushed to 0.

Mr Wolf believes in a strong fiscal and monetary response to a recession.  No.  Business cycles must run their course.  Except to prevent a financial crisis, intervention in an economy only prolongs a recession.  You don’t offer a seven-course meal to someone who just threw up from overeating. 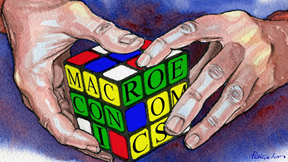 Economics failed us before the global crisis

Financial Times
Economics is, like medicine (and unlike, say, cosmology), a practical discipline. Its goal…
Read More

Janan Ganesh is correct: we are headed towards a campaign against immigration of the perfectly legal kind (Do not mistake Trump’s motives on immigration”, June 21). But so, too, is President Donald Trump correct. His election and immigration policy embody citizen rage that western civilization is being undermined by multiculturalism, the idea that there are many ways to live life and organize society, for example, that the community is as important as the individual: rage, then, that the US Constitution, rather than rule of law, has been turned into rule of thumb. 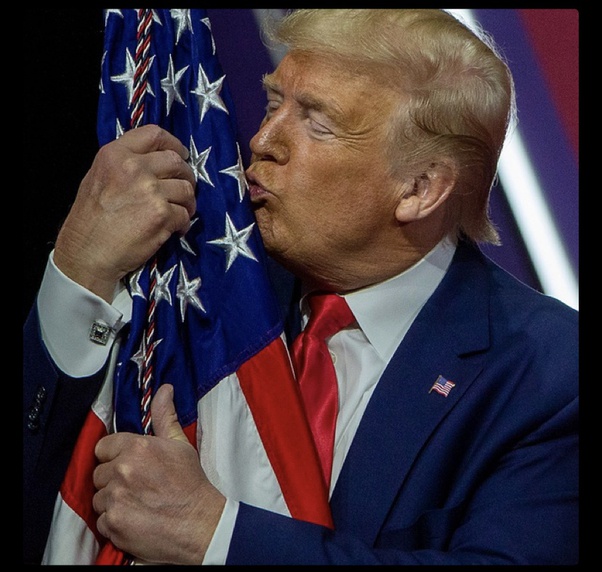 Do Not Mistake Donald Trump’s motives on immigration

Financial Times
Large countries nurse an insecurity of their own. Their size promises power …

In the clash of civilisations, all claim to have a theory

Janan Ganesh writes that “no grand theory can explain the Ukraine crisis” (Opinion, April 13). Oh yes it can! Bashar al-Assad in Syria, leaders in the Middle East, the great Singaporean statesman Lee Kuan Yew, Lenin, Stalin, Che Guevara. All claim that “the end justifies the means”.
In a clash of civilisations all sides will claim the theory — although the world would do better to forget teleology and remember Adam Smith, who said society, without planning, without government, with individuals simply pursuing their self-interest to survive (by producing goods and services), as if led by an invisible hand, will organise itself better than anything that can be done by design. That, too, is elegant theory. To paraphrase Immanuel Kant: man is the goal of betterment, not the means. 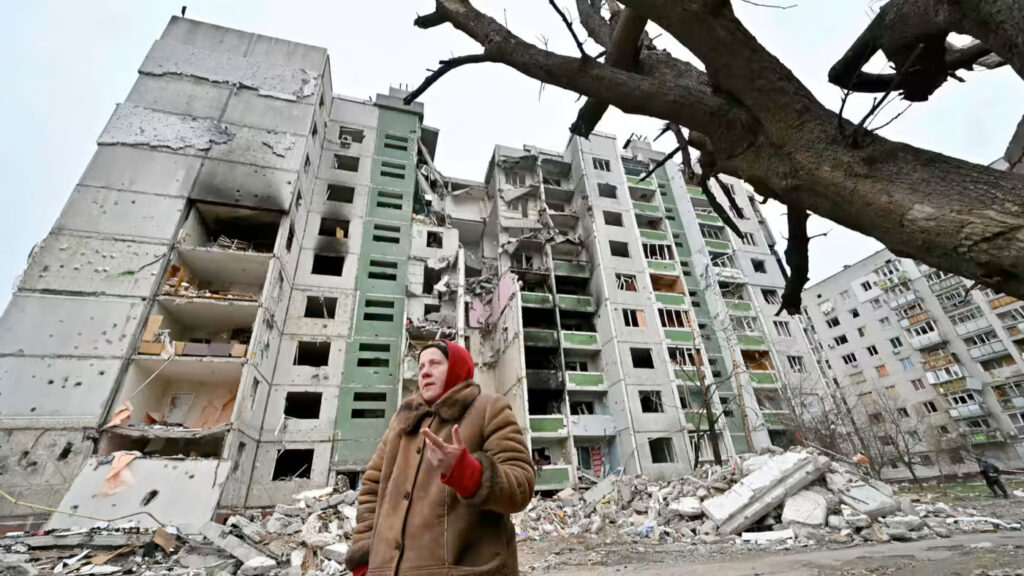 No grand theory can explain the Ukraine crisis